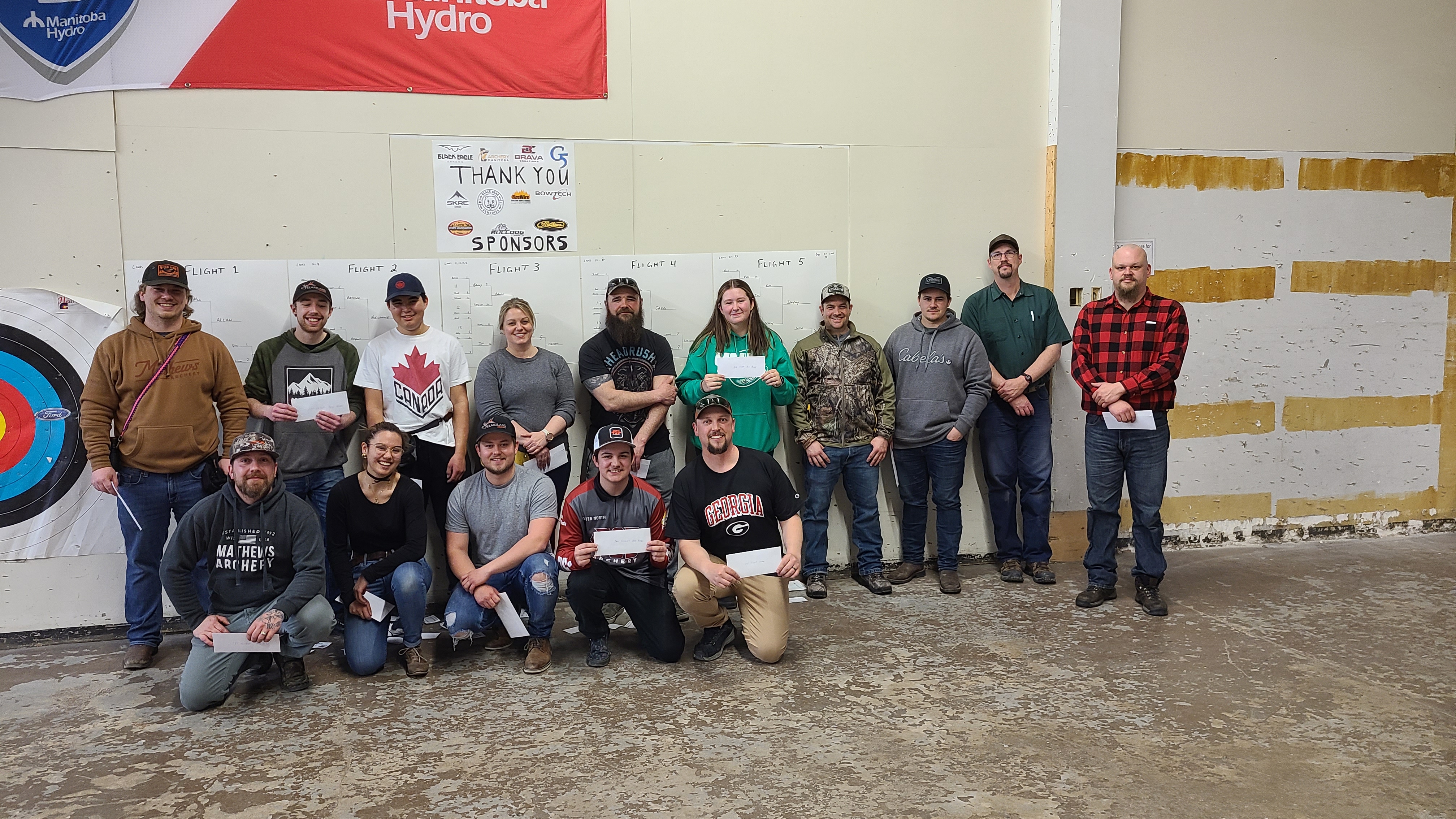 On Saturday April 2nd Heartland Archery and staff hosted a Diabetes Fundraiser Shoot in memory of community volunteer and ‘Archery Dad’ Troy Richards. The event goal was to register 40 shooters to compete in a Lancaster flighted cash prize competition, and raise funds for Diabetes Canada. With the limited indoor season we had in 2022, and the fact that an NFAA cash prize event hadn’t been hosted in recent memory, the organizers weren’t sure what to expect. That uncertainty quickly changed as the event attracted interest, filling up and requiring a wait list.

On the morning of the event, the range was busy with a full group of archers filling the upper and lower range. Organizers were pleased to see a diverse group of archers new to competition, the ‘usual competition’ crowd, and some shooters that haven’t been out in a while.  Spectators joined to catch the excitement off elimination matches, and purchase 50/50 and silent auction prizes provided by sponsors. Heartland Archery and Archery Manitoba would like to thank sponsors Black Eagle Arrows, Brava Creations, G5, Skre, Black Bear Remedies, FireWire Custom Bow Strings, Bowtech, LOTW Sports Headquarters, Bulldog Targets, and Matthews for their support of the event. In addition to sponsorship, Archery Manitoba was proud to partner with Heartland to provide judging support from Michael Oneschuk and Travis Boucher. Thank you to those judges for taking the time to support the event.

The event ended on a high note, with a group of 15 shooters taking home cash prizes, including $500 to first place in the top two flights. In addition to the competition being a success, the fundraiser brought in almost $2000 for Diabetes Canada. Thank you to all the archers, volunteers, and spectators for your support of this fantastic event. A full listing of the flight winners is as follows:

The winners of the flights are as follows: