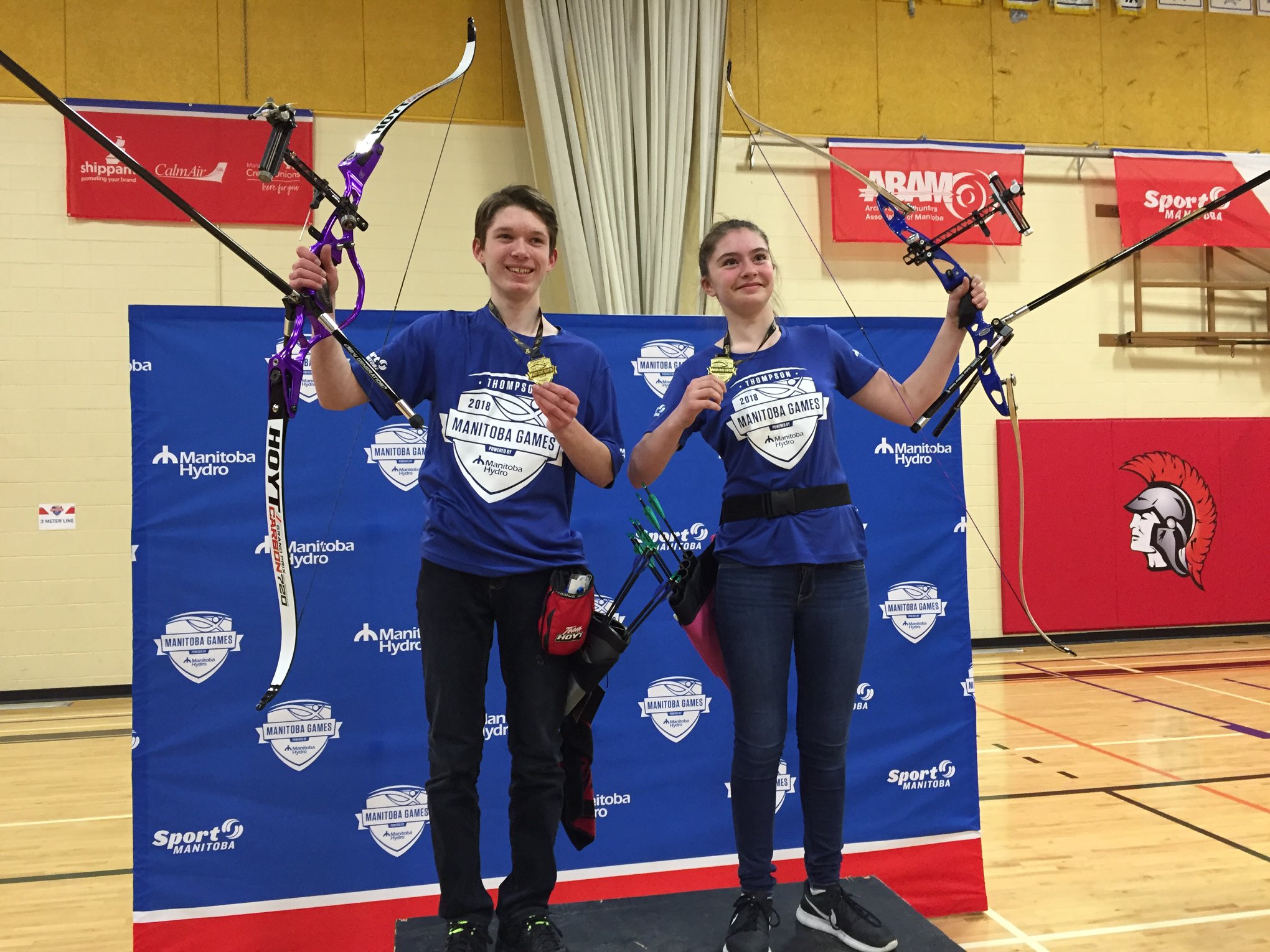 The 2018 Manitoba Winter Games Archery Event was held March 4 – 7 in Thompson, MB.  40 youth athletes aged 16 & Under from around the province competed in hopes of taking medals home for their region. The Archery event saw 20 female and 20 male athletes from five regions of Manitoba compete in multiple events  over a two and half day span. The competition began with the compound & recurve ranking rounds on Monday March 5th, followed by the Mixed Team Event taking place later in the day. On Tuesday March 6th, the archers competed in the Individual Match Play Rounds to determine the medalists of the individual events.

The competition saw many exciting moments including an intense Mixed Team Event with the support of a packed crowd cheering from the spectators area. The archery event created quite the buzz around the games village & venues as many locals, volunteers and other athletes stopped by our events to catch the action. With the addition of many archery parents making the trip to spectate, our venue was a busy spot over the jam packed two day schedule.

Despite many of our athletes, coaches and managers participating in an event of this scale for the first time, their skill, sportsmanship and poise was something to admire. The hard work and preparation by the regional teams shone through as we watched many archers excel at different moments through out the competition. As an organization, we are extremely proud of the effort by all of the athletes, coaches and mangers, and we are excited about the future potential of this group. We would like to recognize the coaches and managers for the immense contribution they made to ensure the athletes were prepared and supported at the games. Thank you very much to the following:

The organization was very fortunate to have a hardworking crew of officials, that made for a very well run event. The organization would like to recognize the officials for their contribution. Thank you to the following officials:

A special thank you to our Technical Delegate, Mike Oneschuk. Without hesitation, Mike committed to the lead role following the passing of Roger Garrod, who led the planning of this initiative until fall of last year.

Finally, we would like to thank our wonderful Sport Chairs from the Thompson Area, Sandra & Tom Crawford. The Crawford’s had little experience with competitive target archery when they, along with City of Thompson en devoured to host the games. But that didn’t have any negative impact on the quality of the event, Sandra & Tom worked extremely hard in lead up and during the games to ensure we had everything we needed to provide the athletes with a great experience. We cannot thank the Crawford’s and the people of Thompson enough for their warm hospitality and support throughout the event.

Team Events: (To view the athletes on each team, click the team name in the score brackets)