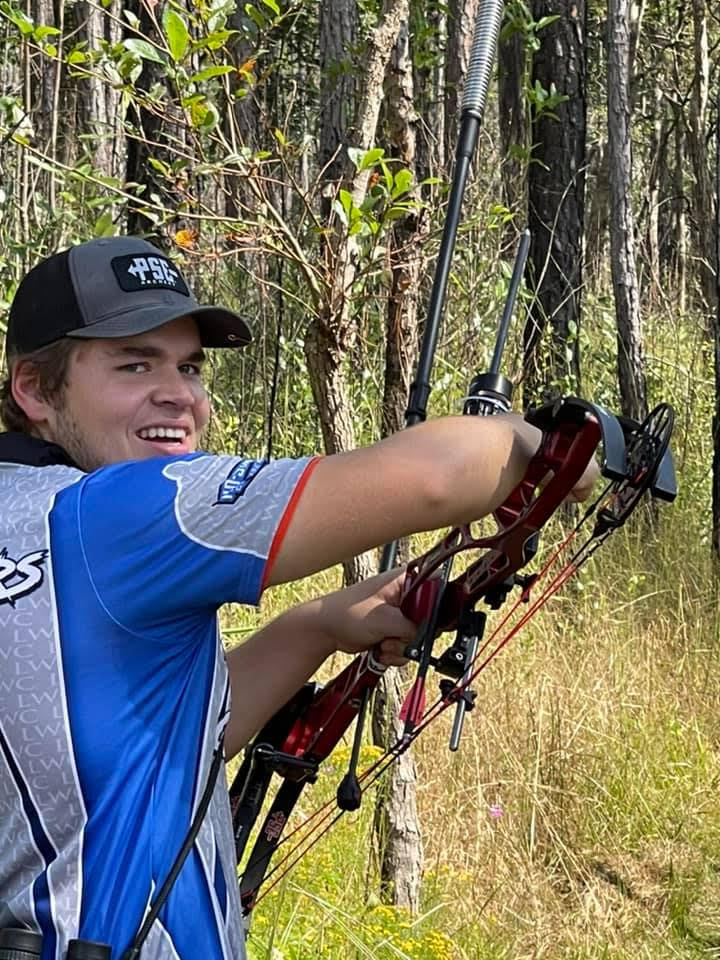 Taylor, shooting for the Lindsey Wilson College Blue Raiders, seeded first in qualifications with a score of 462, then maintained his lead through the elimination round, for a total of 494 points to second-place Union College shooter Lane Brandt, who had 488 points.

Taylor’s score of 462 — or 62-up in 3D archery parlance — sets a Lindsey Wilson College school record. He competes in the Known-45 category using a PSE Citation compound bow. His category drew 57 archers from multiple schools across the U.S.

It was a strong start to the 2021-2022 season for the reigning No. 1-ranked U.S. Collegiate All-American, who now turns his attention to preparations for the 2022 U.S. Collegiate Indoor Championship, starting in January in various U.S. locations and ending in March with an invitation-only shootoff for the top-ranked archers. Taylor won the indoor title last year.