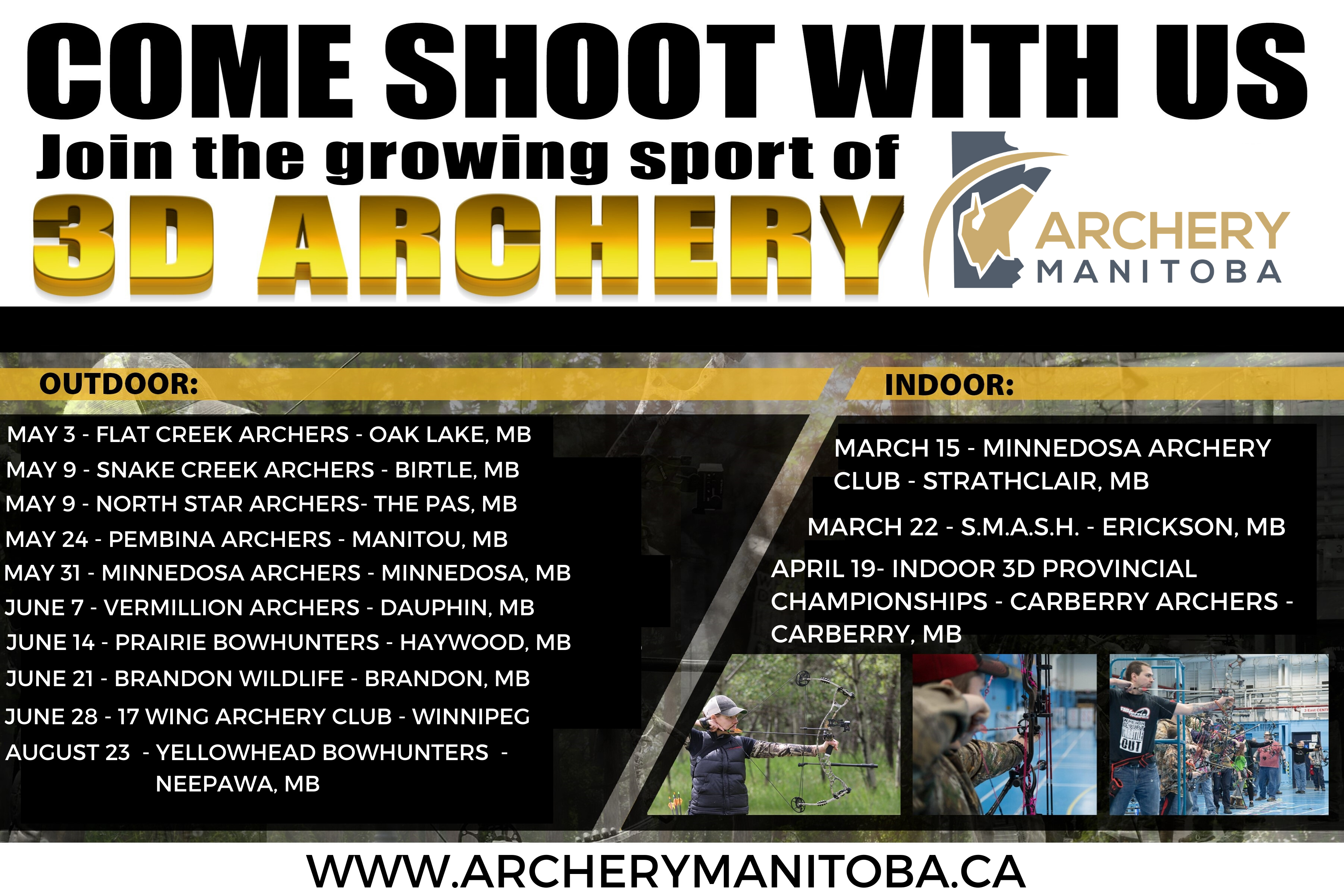 Archery Manitoba is pleased to release the current schedule of 2020 3D Events. Remaining on the Indoor Calendar with two sanctioned events hosted by S.M.A.S.H (March 22) and  Indoor 3D Provincial Championships in Carberry (April 19). In addition to sanctioned shoots, the Minnedosa Archery Club will host their Annual Indoor 3D Shoot on March 15.

The outdoor calendar includes a club or sanctioned 3D event almost every weekend from the beginning of May to the end of June. Three events has been selected as Sanctioned Events in, Brandon Wildlife Archery Club (June 21), 17 Wing Archery Club (June 28) and Yellowhead Bowhunters (August 23). Sanctioned Events will include over $200 in door prizes in addition to medals. The Outdoor Provincial Outdoor Championships will be selected by the Archery Manitoba 3D Committee and announced in the coming weeks.