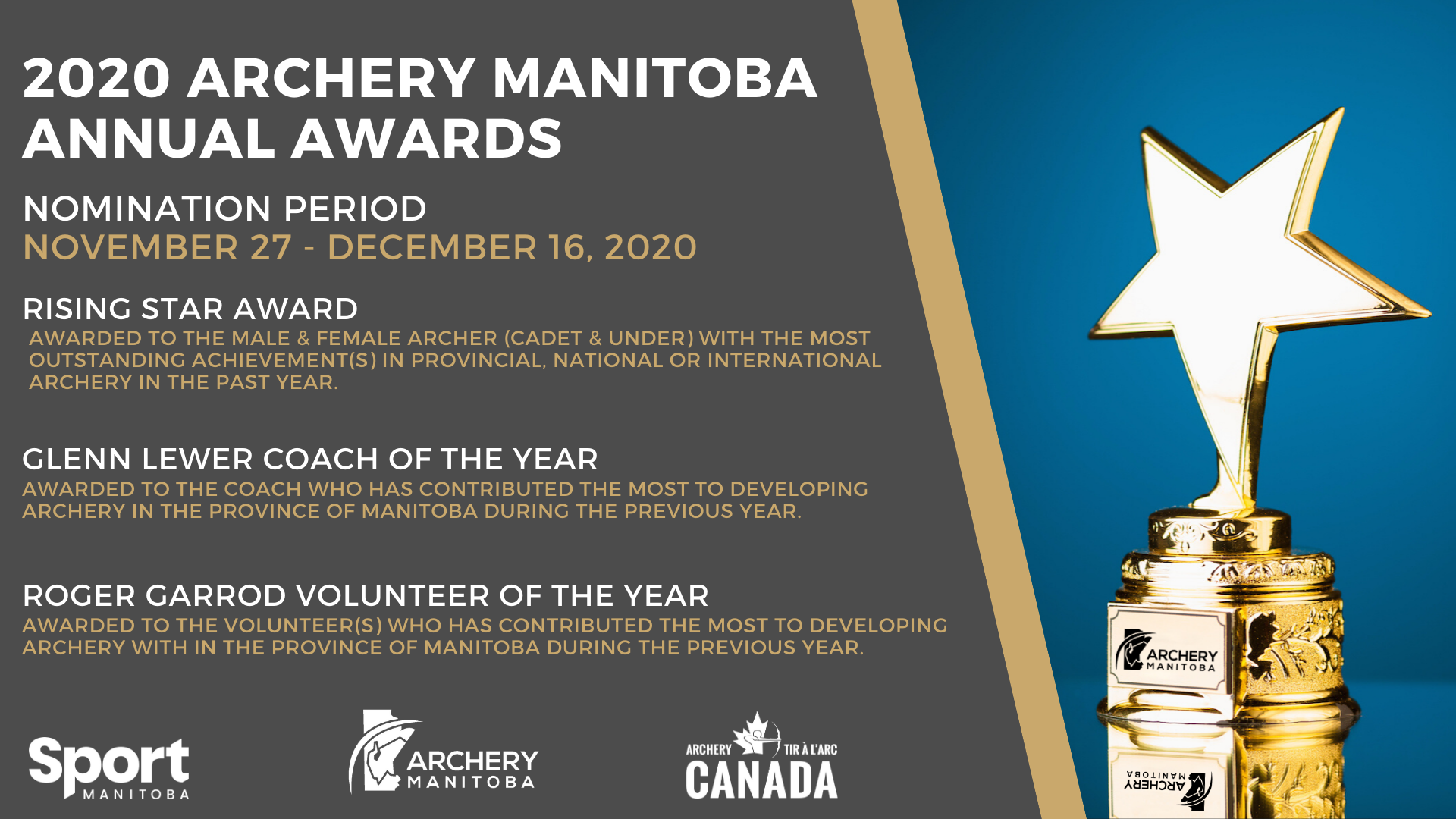 Despite the many challenges faced in 2020, our archery community was provided the opportunity to have a limited indoor and outdoor season this past year.  During this time, there were notable performances in the Canadian Indoor Regional Championship, great local events, and well attended learn to shoot and development programs. This year Archery Manitoba has been forced to cancel our Annual Awards Banquet, and will provide online recognition to athletes, volunteers and coaches. Archery Manitoba will be awarding the Rising Star (Male & Female), Coach of the Year, and Volunteer of the Year Awards. In light of the limitation to compete in major out of province competitions in 2020, the 3D & Target Archer of the Year Awards will not be presented.

We ask that our members and partner clubs help us recognize deserving athletes, coaches and volunteers by online nomination by December 16, 2020.

The following awards are currently open for nomination:

Rising Star Award (Male and Female): In recognition of the Manitoba Youth Archers (Cadet & under) with the most outstanding achievement(s) in provincial, national or international archery in the past year.

Glenn Lewer Memorial Coach of the Year Award: Awarded to the Coach who has contributed the most to developing archery in the province of Manitoba during the previous year.

Roger Garrod Memorial Volunteer of the Year: Awarded to the volunteer who has contributed the most to developing archery with in the province of Manitoba during the previous year.