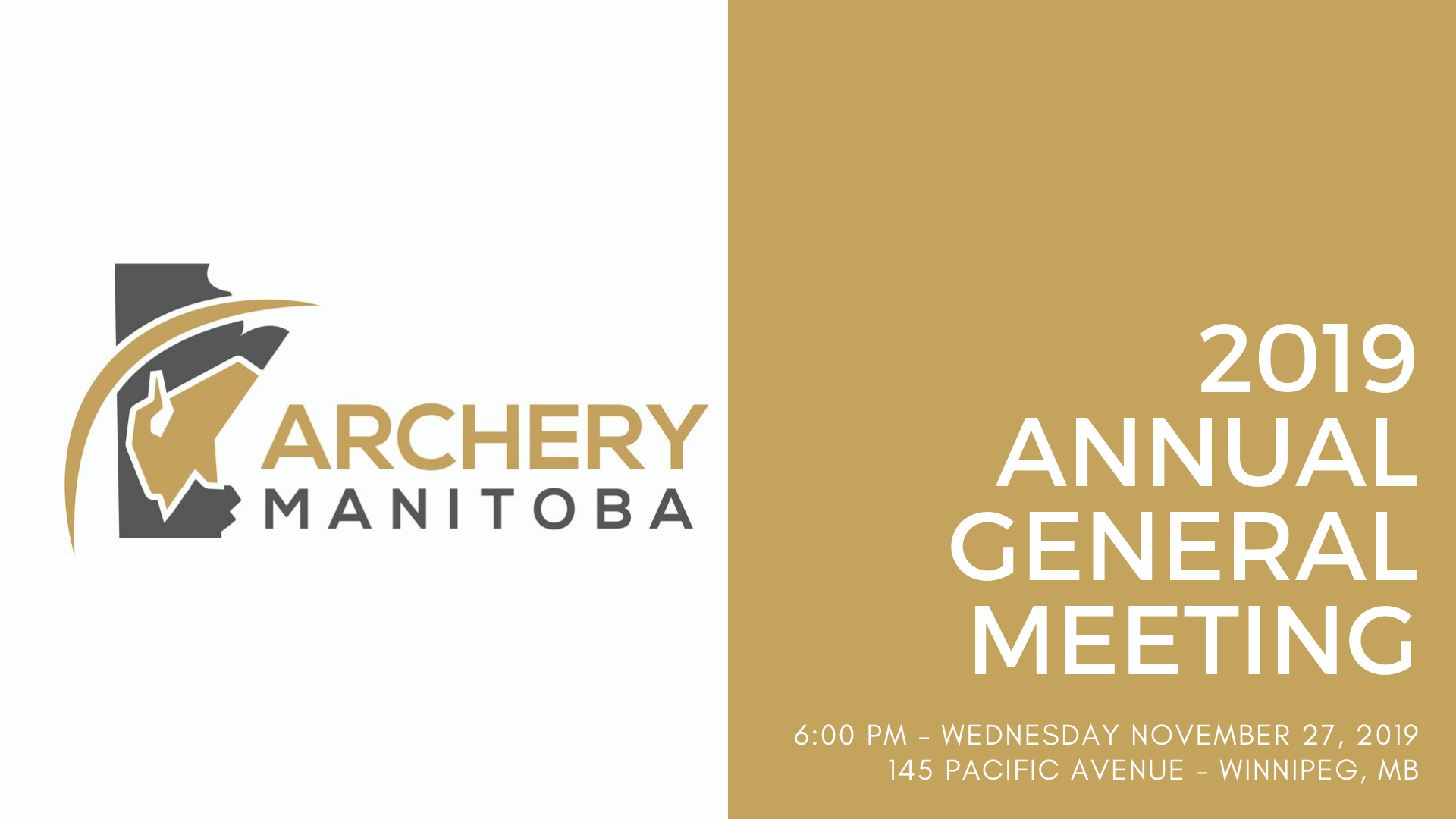 Who: All Archery Manitoba Members (voters under the age of 18 cannot vote)

Please indicate you attendance by email to info@archerymanitoba.ca by Tuesday November 26.

IMPORTANT NOTE: The start of the Annual General Meeting will be proceeded by a brief Special General Meeting to review and approve three (3) amendments to the by-laws. The proposed amendments are to change and update three of the executive committee position descriptions. The positions to be updated/changed are as follows: